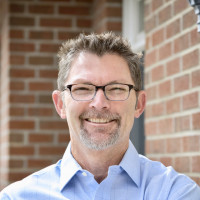 Thank you to Delaware Beach Life for the feature! This client bought an older house with amazing views of a canal leading to the bay. The existing house, a traditional late 80's Cape Cod, did not maximize those views. Goals of the project were to update the feel of the house, add a modern/contemporary addition on the rear, and open up the living space.

Owner of CRx states, “This truly was a collaborative process including a last minute decision to install a flush beam and remove two interior walls from the loft space, which made a dramatic impact when entering the house, and also in allowing gorgeous late afternoon light to flood the entire living space. The end result is a hidden gem with surprises at every turn.”

Read more in the full article below!

Arnell Creek courses north to south, doglegging around a tree-lined marsh on land once home to Old Landing Golf Course. These days, the property plays host to a family that came to roost amid this hidden aviary for songbirds and shorebirds. Jeff Kietzmann says he has counted more than 100 species in the six months he’s lived on Clubhouse Drive, a few miles west of Route 1’s summer gridlock.

The woodland marsh scene is the view from the family’s patio, weather permitting. Some days, when the tides are right, Jeff and wife Lisa De Cerchio hoist a kayak and a standup board down the long dock behind their 1-acre property to paddle the waterway’s path. Destination: Love Creek, near its mouth on Rehoboth Bay.

On the return, their Cape Cod home, shaded by old-growth pines, comes into focus. A two-stage cube-like addition attached to the rear elevation echoes the weathered timbers of the dock.

“We felt like we were in a forest,” Jeff says. “We were looking for something that wasn’t a new build.”

“Something with character,” Lisa adds. “We fell in love with it when we saw it.”

For Jeff, who lived and worked in such far flung cities as Abu Dhabi, Berlin and London before settling in the States, the modernist-twist-on-traditional marries two aesthetics: the 20th-century Euro-style trend of adding glazed boxes to historic structures and, at the opposite end of the spectrum, years spent living in cubes in Iraq and Iran and inside a Marine Corps container city in Afghanistan. “I like the box concept on old houses ... keep it traditional on the front and modernize the back,” he explains.

When Jeff and Lisa closed on the vintage 1986 house, they appreciated its good bones, but the floorplan was a reflection of how families lived more than three decades ago. “I just wanted to rip it apart,” Jeff says.

The couple hired custom home builder Dion Lamb of CRx Construction to open the space. They saved a landmark loblolly tree, now inches away from the great room that blends living, cooking and dining in a glass-encased box. The second level loft leads to the upper story bedroom wing and balconies that open to the marsh views.

“The backyard changes all the time,” Jeff says. That depends upon the season of the year and the time of day, and “where you are in the house,” Lisa adds. They painted the walls subtle shades of green in the home’s master suite. “We wanted to feel like we were in a treehouse,” her husband notes.

The design-build process — a collaboration between Jeff and Lamb, with the former unpacking his worldly perspectives — began in April 2020 as they discussed a nuanced version of container living with a nod toward an austere Norwegian-meets-Down-Under aesthetic.

Jeff says, “I like things boxed and squared and even — I do like angular, definitely — and bringing new life into these old buildings.”

The interior, Lisa says, is also globally inspired. The exterior black-and-white palette is reprised in the kitchen with dove and charcoal overtones. For balance, the room is warmed by woods — including wide-plank French white oak floors, a live-edge Middle Eastern slab dining table, and supple leather chairs, including a pair of Bauhaus architect Mies van der Rohe’s Barcelona chairs.

The serene setting belies the utter upheaval that took place months earlier. Nine walls were removed and a 34-foot I-beam added. The client and custom builder recall the chatter during the intense renovation: “Can we tweak this? ... Can we turn this around? Can we get this in a different color?” Jeff says with a laugh. Many Zoom calls later, it came together.

The couple’s approach to their new home — an appreciation for the yin and yang of simplicity and roughness, intimacy and austerity — organically flowed into the landscaping. They invited James DeShazo of HydroZen Waterscapes to design a tumbled rock and stone stairway assembled from Pennsylvania aggregate. “He’s very much an artist about it,” Jeff says. Working with 26.5 tons of boulders and another 4 tons of rocks and soil, the installation completed this summer is the locus for outdoor living.

Charmed by the Cape Cod country club-revival style and a modernist cabin-in-the-woods vibe, the couple have created a space from which to remotely commute, directly connect, rejuvenate, rest and recreate. “I feel I’ve been connected more to nature here than anywhere in my life,” Jeff says.

If you are thinking about building a custom home, take your first step and schedule an Idea Session with our team of design experts. Together we will bring your dream home to life!

In this step-by-step home renovation guide, we sit down with the experts to discuss how they recommend solving luxury lifestyle challenges and delivering a dream home. Whether you’re planning a large-scale luxury house renovation, thinking about an addition, or considering an entire house overhaul, this guide walks you through all the stages of a home renovation project so that you’ll have the knowledge and confidence you need to get started.

Our design team is ready to help you identify your space needs, design preferences, and personal touches to create your perfect plan. Together we will establish the scope and budget for your project.